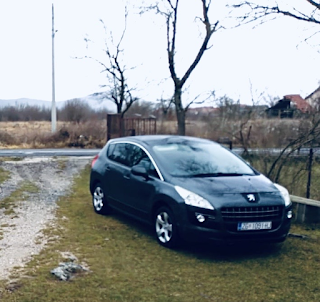 I have never had a car stolen before. It was really a shock when we came out of the restaurant in Sofia, Bulgaria and our car was not there. First you try to think of where else you would have parked it. But slowly it sinks in, it is gone. At least our host pastor had not left yet so we begin the process of contacting the police.

Filip contacted the police and they had us come to their station rather than them coming to us. At the police station we filled out all the paperwork. The police were not very encouraging. They said what usually happens is the car is hidden away, they will make contact with you and then offer a ransom for you to get it back. If you do not pay the ransom, then it will be disassembled and sold as parts.

Sure enough, they, through some odd circumstances , contacted our host pastor. The thieves wanted 2,500 Euros (about $2,700) to return the car. Also, the plan was to meet a man who would take the money, give us the keys and an address of where the car would be parked. This seemed really risky.
So Zuzanna and I begin to think through what this all meant. Of course, we just wanted the car back and we felt really violated and defrauded that there was a price to pay. People were telling us to just pay the ransom and some were saying not to. So many emotions were swirling around us. We decided we really needed advice from our NGO board and our spiritual leaders. So, we sent messages to them to contact us. As we waited for them to call, we begin to process the spiritual implications.

What would be the right thing to do? Three aspects in play here. 1) We really want this car back because we like it and need it. 2) Having to pay a ransom is money down the drain. 3) By paying the ransom, we are participating in a criminal coverup. The more we thought through it, number 3 is the one with deeper spiritual implications. How can we be praying against corruption in the Balkans if we participate in it? We felt this is a test allowed by our Father to see if we would stand worthy of advancement.

A few weeks earlier we had been talking about needing to trade in the 2011 Peugeot for something younger. So, by time our leaders contacted us, we had decided we would never pay for the car’s return. They confirmed our decision.

In the “no” reply, I stated that we would pray God give them mercy and I quoted “Fear God and live”. And, by the way, they have now lowered the ransom to 1,000 Euros.

We must remember 1 Cor, 10:13, No temptation has overtaken you except such as is common to man; but God is faithful, who will not allow you to be tempted beyond what you are able, but with the temptation will also make the way of escape, that you may be able to bear it.

1 Peter 1: 6. In this you greatly rejoice, though now for a little while, if need be, you have been grieved by various trials, 7. that the genuineness of your faith, being much more precious than gold that perishes, though it is tested by fire, may be found to praise, honor, and glory at the revelation of Jesus Christ, 8. whom having not seen you love.

1 Peter 1:6-8 seems to be the scripture reference that fits our situation and the growth we need to walk in; faith being tested by fire. We do believe in God’s economy: some a hundredfold, some sixty, some thirty [return].

I love the way God talks to me and leads me through the adventures of life. Such wisdom our Father has.
Posted by ISTgroup at 7:45:00 AM