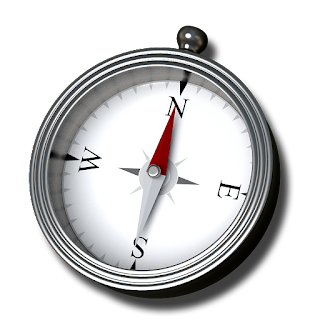 As Christians we are to be the moral compass for government along with all the other spheres of society. We are to bring Biblical wisdom that lines up with the way and means of how God made things and how they are to be peacefully and rightly executed. We are not to force others to adopt our beliefs. We display God's wisdom through gentleness, honor and love in the hope others will see our good works and glorify God. There is a point where laws may contradict God's wisdom and we as Christian must resist by turning the other cheek. History shows that Christians achieve more through persecutions than violent resistant. If we hold back the blessed truth we have been given, then we are not the moral compass.

In a democracy we are to try to multiply Biblical truth until it becomes the predominate behavior of the majority.

In a republic we are to elect Christian men and women to represent us who have proven Godly wisdom.

Some may ask, “What about a theocracy?” A theocracy will only work when our hearts are completely changed by Jesus and Jesus is ruling overall. As Abraham, we do look forward to living in a theocracy that is “a city built by God.” A human theocracy forces non-Christians into compliance without a heart-felt choice. The Old Testament is a record of how human nature will cause it to fail.

The key to confronting and managing either of these as Christians, is through prayer. We are to display our Christian faith before all men so they may be drawn to God’s wisdom.

In America we are experiencing the revelations of a republic where we have chosen corrupt men and women to represent us. The question is, will we work to nominate and elect Godly men and women or will we let the present corrupt ones take us into a totalitarian government?

It will take a change in our lifestyle. We Christians can no longer rest in a comfort zone. Either we peacefully resist, or we become complicit to corruption. The lines of division are noticeably clear; among Democrats you will be persecuted, among Republicans there is still an open door to implement Biblical concepts. You have to remain involved because the citizens must keep their representatives accountable to them.

Will we redeem the political sphere? We cannot do that without getting off our “blessed assurance”

There are three reasons for getting politically active. First is because of our Godly heritage and the men and women who have died to maintain that freedom for us. Second, we presently maintain for the purpose of peaceful coexistence. Third, for the sake of our children’s future.

At this time as we see our Christian faith challenged, we still have the open door to redeem the political sphere through our involvement. If we don’t, we will lose freedom for our present coexistence and for our children’s generation.

My advice is, get locally involved. Seek out the local Republican group in your area. They need your spiritual advice. Choose to educate yourself in the light of Biblical principles. First you need to know the Biblical principles and use discernment to know when news outlets are producing true or false reports. Select social media that does not censor free speech. 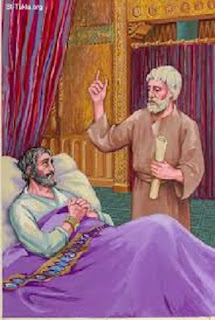 Hezekiah became king of Judea and he was a godly king; reestablishing righteousness in the land. The king of Assyria came against the northern kingdom of Israel and subdued it. This was a judgment from God because they did not try to live holy under the Law of Moses. Then the king of Assyria brought his army down to attack Judea. Hezekiah, knowing he was vastly outnumbered, gave into the king of Assyria and payed a heavy ransom not to be attacked. (Evidently this was not good enough and the Assyrian army marched to the gates of Jerusalem.) The Assyrian king’s representative read aloud threats to the people of Jerusalem, warning them not to trust in King Hezekiah to deliver them from the hand of the king of Assyria. In their threat they announced to the people on the wall, the God of Israel will not save you.

King Hezekiah done what was right and ask the prophet Isaiah to plead with the Lord for mercy. Isaiah enquired of the Lord and assurance was given that the Assyrian army would turn back. Still the Assyrian king’s messenger threatened Judea with a letter directly to King Hezekiah. Hezekiah took the letter to the Temple and laid it before the Lord praying for mercy. Isaiah returns with assurance that Assyria will turn back and not attack Jerusalem. (This happened, the Assyrian army turned back.)

King Hezekiah became deathly sick. Then Isaiah the prophet, went to him and said to him, “Thus says the Lord: ‘Set your house in order, for you shall die, and not live.’ ” 2 Then he turned his face toward the wall, and prayed to the Lord, saying, 3 “Remember now, O Lord, I pray, how I have walked before You in truth and with a loyal heart, and have done what was good in Your sight.” And Hezekiah wept bitterly. 4 And it happened, before Isaiah had gone out into the middle court, that the word of the Lord came to him, saying, 5 “Return and tell Hezekiah the leader of My people, ‘Thus says the Lord, the God of David your father: “I have heard your prayer, I have seen your tears; surely I will heal you. On the third day you shall go up to the house of the Lord. 6 And I will add to your days fifteen years. I will deliver you and this city from the hand of the king of Assyria; and I will defend this city for My own sake, and for the sake of My servant David.” ’ ” 2 Kings 20:2-6

Then Hezekiah ask for a confirmation. The Lord answered by moving the Sun dial 10 degrees forward.

Hezekiah’s response: So Hezekiah said to Isaiah, “The word of the Lord which you have spoken is good!” For he said, “Will there not be peace and truth at least in my days?” 2 Kings 20:19

What We Should Learn

Hezekiah was truly a great king of Judah and he used his governing power to turn a decayed and disrespectful culture back to righteousness. But there was a selfish root in him. He did not respect the favor that was extended to him, especially toward his offspring.

This selfishness he displayed at the end really made me start to think. What is our attitude toward the good things and obvious favors God shows to us.

The main reason I went back to read the story of Hezekiah again was because of my present situation. I have been diagnosed to have Amyotrophic Lateral Sclerosis (ALS) often called Lou Gehrig’s disease. ALS is a progressive disease, which means it gets worse over time. It affects nerves in your brain and spinal cord that control your muscles. As your muscles get weaker, it gets harder for you to walk, talk, eat, and breathe.

I am so grateful to have many Christian friends that have shown their concerns for me with their prayers. Many times, in their prayers over me they have ask the Lord to give me fifteen more years like he gave King Hezekiah. There is no doubt in my mind that the Lord could truly extend this grace to me. So, after reading Hezekiah’s story, I must ask myself what my proper response should be?

From the story, after he was granted more years to live, Hezekiah made two blunders. When the delegation came from Babylon to enquire of his great governing success, he did not give God the proper glory for his success. Rather he was boastful of his great riches. Then when he was assured of the final judgment set forth for Judah, he was unconcerned because it would only affect his sons.

So, what the Lord spoke to me was, “Jerry you must learn and properly walk in the favors extend to you from the Lord.”

I look back over my life and I see favor after favor after favor from the Lord. He has been so good to me. But I see many times I have misused those blessings. As I write this, it makes me sad. All I can hope for is that I learn from those mistakes and do my best to be more grateful in the future.

Let me clarify my beliefs concerning God’s favor. We are all sinners separated from God. Jesus once and for all took our sins to the cross where He paid the ultimate sacrifice. Once we consciously accept that free gift we no longer have to work for our salvation. Then as we are enlightened as to how-to walk-in righteousness then we are responsible to do so. And when we do walk in righteousness, God takes notice and extends favors and rewards toward us. Also, He releases responsibilities to us that He can trust us with. Life is more enjoyable and more productive.

The scribe who wrote out the acts of King Hezekiah in 2 Chronicles, says Hezekiah humbles himself but was tested by God through the visit from the Babylonians.

24 In those days Hezekiah was sick and near death, and he prayed to the Lord; and He spoke to him and gave him a sign. 25 But Hezekiah did not repay according to the favor shown him, for his heart was lifted up; therefore wrath was looming over him and over Judah and Jerusalem. 26 Then Hezekiah humbled himself for the pride of his heart, he and the inhabitants of Jerusalem, so that the wrath of the Lord did not come upon them in the days of Hezekiah. … 31 However, regarding the ambassadors of the princes of Babylon, whom they sent to him to inquire about the wonder that was done in the land, God withdrew from him, in order to test him, that He might know all that was in his heart.

James 1: 2 My brethren, count it all joy when you fall into various trials, 3 knowing that the testing of your faith produces [a]patience. 4 But let patience have its perfect work, that you may be [b]perfect and complete, lacking nothing.