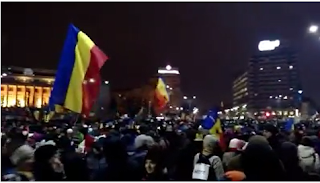 We encourage you to fully read these two news articles that show hope of righteousness replacing corruption and light replacing darkness. We include not only the link but a large portion of the articles here.

5 Things You Need to Know About the INSANELY Huge Protests in Romania
With so much noise surrounding everything Trump, most people haven’t even noticed that massive protests are going on right now in Romania.

The public outcries by the citizens of the small nation are becoming louder by the day as they take to the streets to protest the country’s corrupt government, a reputation Romania now has among other European Union members.

1. What happened in Romania to spark the protests?
Last Tuesday, the newly selected Romanian prime minister Sorin Grindeanu passed a decree that would protect corrupt politicians from being prosecuted…

[Prime Minister] Grindeanu decided to pass the decree without the consent of parliament or the people. Thousands of citizens responded by hitting the streets to protest the decision because it would allow political criminals to go free from jail. According to media reports, 24 hours after the regulation was first passed, over 250,000 people went to the streets to protest the decision and over the weekend the “anti-corruption” protests gained momentum and escalated to roughly 500,000 people.
2. Who is against the decree?
Romanian citizens and world powers like the United States are standing against the decree because it would allow members of the prime minister’s party, the Social Democratic Party (PSD) to go free from prison without being forced to serve out their sentences or face financial penalties.
3. What is the prime minister doing about it?
The prime minster has attempted to calm the protesters this past weekend by abandoning the emergency decree. A strategy that is quite different than his original one, where he reportedly told reporters that he would “push ahead” with it.
4. So why are people still protesting?
Most citizens don’t believe the emergency decree was actually repealed while others are begging for political reform and the resignation of Grindeanu, so they continue protesting.
5. What are the protests like?
They have reportedly been peaceful and include people of all ages.
http://www.faithwire.com/2017/02/08/5-things-you-need-to-know-about-the-insanely-huge-protests-in-romania/

Roma Christians testify that a new identity—being a child of God—emboldens a new confidence in being Roma.

Excited and nervous on his first day of high school in Leskovac, Serbia, Saša Bakic waited his turn to introduce himself. After he said his name, his new teacher stopped him: “Are you Roma?” she asked. “Let’s make a deal—if you don’t skip school and stay quiet in class, I will pass you with a D.” Stunned and humiliated, Saša tried to protest amidst the class’s laughter, only to be told, “You are all the same.”

The history of the Roma—Europe’s largest minority—is pockmarked with stories of forced assimilation, enslavement, and even attempted genocide during WWII. Today, despite efforts of state and EU policy toward integration, many Roma in Eastern Europe are still mired in systemic poverty and social stigma.
https://sojo.net/magazine/january-2017/outburst-roma-pentecostalism

Prayer Points:
1)    Romanians are amazing people, and 5.6% of the county are Evangelical Christians; most of these are serious evangelicals. Let us express thanks to the Lord for redeeming a country that suffered under a cruel dictator during communist days.
2)    The protests in Romania are fueled by righteous indignation and they are peaceful. Let us pray that this protest will continue to be motivated by the Biblical principle of light replacing darkness.
3)    Pray that these protests will ingrain into the political landscape and cultural life of Romania a righteous reformation.
4)    True freedom is the establishment of a Biblical worldview. Pray that there would be a righteous indignation arise in all the Balkan countries.
5)    In the Balkans, light needs to replace darkness. Pray that corruption will be exposed regionally, and the people will demand justice.
6)    According to Mathew 25, at the last judgment, the nations will stand before the Lord to be separated into two categories: goats and sheep. Before He returns, nations must come to the point of their decision. Pray that your nation will choose righteousness.
7)    Saša, the young man mentioned in the above article, lives with us in our home while he pursues his degree in theology here in Zagreb. Pray for Saša, he is destined to be a leader among the Roma people in Serbia and the Balkans.
8)    Romania has one of the largest Roma (Gypsy) populations in Europe, but there are large clusters or Roma in all of the Balkan countries. Pray for all the ministries who work with them, that Godly strategies would replace human strategies. There is yet much work to be done among the Roma.

All these years we have been praying against corruption in the Balkans and to see these protest is really encouraging.

Please leave a Comment or Reaction so we will know you Prayed. 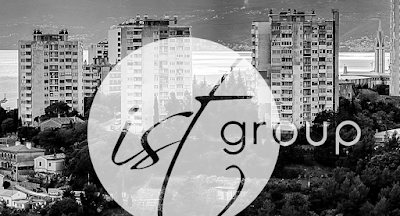 Praise Report: This past week was amazing at the Upper Room Zagreb, House of Prayer. New people came and they were ministered to. Monday night, a young man experienced the presence of God for the first time and amid tears declared: “I have only seen religion in the Catholic church and did not want that. This here is something totally different. Your relationship is real with God. Whatever this is, I want THIS.” Thursday evening was also special. Two young ladies, neither one knew the other, but after worship, they both confessed depression and a lack of self-worth. In both of their lives it was due to absent fathers. The young man form Monday night was back and ministering to them as well! These ladies went away not only touched by the Holy Spirit, but a deep work had begun in their lives. As a matter of fact, we are getting crowed in the house of prayer! Praise God.

On another note, Jerry went to the doctor on Monday for his heart check-up, and he received a good report! Praise God!

Tidbits:
The Lika initiative is progressing well. We have our next meeting with the team on the 26th and some individual meetings the week prior to that. It is wonderful to see this team beginning to take shape and get really excited.

The third week of February, we will be traveling to Greece for a meeting with Balkan Networks. Balkan Networks is a loose network of like-minded ministries that meet to encourage one another and coordinate resources. We will be in Athens for 5 days.

The ministry is growing! We are currently in the vetting process of a young couple. We are looking for them to join us here in Croatia and help in various ways. They have lots of cross-cultural ministry experience and we are excited about this possibility.

God is beginning to open doors for us to minister and speak in churches. This has never been something we sought after, but as the Lord is opening doors we feel Him releasing us to take the opportunities.

Prayer Points:
1)    We thank the Lord for new people who are coming to Upper Room. May this growth continue, and may the authentic presence of God be experienced by many more here in Zagreb.
2)    Pray that the HOP will attract more Levite worshipers and musicians. We believe that having a bigger variety would bring a new level of growth to the Upper Room.
3)    We are starting to outgrow our current space. We have an attic which has been offered to us free of rent, but it requires about $25K upfront cost to renovate. We appreciate your prayers specifically in this direction.
4)    Keep the Lika team in prayer. Especially the family of six, as they prepare to move to Lika. Each family had tremendous attacks ever since the first meeting. Pray for discernment and protection over each of the families.
5)    Pray for Balkan Networks. We want to strengthen each other and hear from the Lord as to how to properly minister to the region.
6)    What an exciting opportunity for us to lock arms with others to bring the love and presence of Jesus to the Balkans. Please keep us in prayer through the vetting process. Pray for this couple  specifically.
7)    We are happy for these open doors to minister in the churches. Zuzanna is preaching this coming weekend. Appreciate your prayers for the anointing of the Holy Spirit.

Thanks for your prayers. They truly strengthen us.