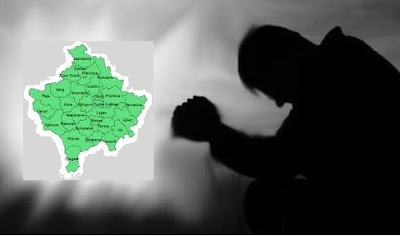 Kosovo, much as the rest of Southeaster Europe, suffers from high rates of unemployment, particularly among young people. In 2014, about 2 out of 3 young Kosovans in the labor force did not have a job, contributing heavily to the 35 percent unemployment rate among the population. The grim reality is, that the current economic growth is able to create jobs for only about 29% of the 11,500 persons entering the labor market each year.

Ethnic minorities, especially the Roma, Ashkali and Egyptians in Kosovo are significantly excluded from the labor market in Kosovo. Young and older workers, women, and ethnic minorities are more likely to be jobless or employed in informal or low-wage jobs. https://undpeurasia.exposure.co/the-new-entrepreneurs-of-kosovo

When we were last in Kosovo, what we saw was very alarming. The Albanian flag flying everywhere, yet very few Kosovo flags. The sense is that if the country were allowed to vote, the majority would vote to join Albania. At this time Kosovo is under a United Nations protective government and a vote like that would be a direct embarrassment to the UN. Much like the Greater Serbian spirit back 20 years ago that actually led to the Kosovo war in 1999, now there is a Greater Albania spirit in the region. The question is, what really is Kosovo’s identity as an emerging nation?
Coupled with this, is the reality that cities are run by corruption and a real lack of properly trained staff. This is adding pandemonium to the complexity of the Kosovo problem.

Prayer Points:
1)    God loves the nations and various ethnic groups. Let’s pray that Kosovo could develop into a stable country. Let us pray for God’s mercy to come.
2)    There are often mixed feelings in other Balkan countries towards Kosovo because of so many negative actions of the past; the Kosovo war of 1999, Serb and Gypsy refugees and imbedded poverty. Lord, we pray for the righteous to rise up and bring forth godly intellectuals to govern and set policy.
3)    Kosovo needs to establish its identity. As Christians we desire and pray for it to be a “sheep” not a “goat” nation. (Matt. 25:32)
4)    The spirit of Greater Albania can be a game changer that could disrupt the present balance of powers if it proceeds unchecked. As we pray for peaceful settlement of affairs, let us pray for our loving God to settle the destiny of Kosovo as He prefers.
5)    There are some healthy churches in Kosovo. So let us pray that they would take opportunities to go the “extra mile” for their Muslim countrymen. (85% Muslim) 5)    Matthew 5:41 And whoever compels you to go one mile, go with him two. (It is being proven in Muslim countries worldwide that kindness is a powerful tool that wins them to Jesus)
6)    As of now many Muslims in Kosovo are very nominal in their beliefs, but there is a strong push by Wahabi Muslims to radicalize Kosovo. They paid for the building of over 200 mosques in the country. Let us pray for confusion to disrupt their plans.
Please leave a Comment or Reaction so we will know you Prayed.
Posted by ISTgroup at 12:04:00 AM