Pray for the Balkans 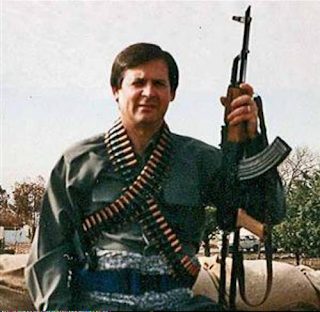 Pray for the Balkans

Heroes and villains is what the Balkans is all about. One ethnic group’s hero is another group’s villain. One nation’s war criminals are another nation’s victorious heroes. Keeping the peace in the Balkans is very complex. Due to the many past wars and the multi-national populations of each country, this is the reality here. There seems to be a war somewhere in the Balkans every 25-40 years. This is a curse which has devastated this region and this cycle must and can be broken by the power of Jesus Christ.

The following stories are rooted in this problem. A small portion of each article will give you a taste of the challenges. You can open the links to read the full articles.
>
Croatian Anne Frank Tribute Commemorates Fascists’ Victims
The anti-fascist association in the town of Sibenik will mark Holocaust Remembrance Day with a reading of Anne Frank’s diary after a local school director barred an exhibition about the WWII diarist. http://www.balkaninsight.com/en/article/croatian-museum-marks-holocaust-with-anne-frank-01-26-2017
>
Albanians Await Access to Communist-Era Police Files
State institutions and individuals have started applying for access to information kept confidential in secret police files for more than 25 years after the Albanian Communist regime fell. - See more at: http://www.balkaninsight.com/en/article/albanian-institutions-request-communism-secret-police-check-ups-01-26-2017#sthash.8X11R4lo.dpuf
>
Montenegro’s Bosniaks Thwart Njegos National Holiday
Montenegro’s government dropped plans to declare the birthday of Petar II Petrovic Njegos a national holiday after opposition from Bosniaks who accuse the poet-prince of glorifying the killing of Muslims.
The Bosniak Party said at the time that certain ideas in Njegos’s works “were used to justify genocide against the Muslim community in both the 19th and 20th centuries in Montenegro and in the region”. http://www.balkaninsight.com/en/article/bosniaks-oppose-memorialisation-of-montenegro-s-royal-poet-njegos-12-29-2016
>
Defiant Bosnian Serbs Celebrate Banned ‘National Day’
Celebrations in the Bosnian Serb entity Republika Srpska saw a ratcheting up of independence rhetoric as well as high-level spats over the participation of members of the country’s armed forces.
Bosnian Serb President Milorad Dodik used the occasion of the biggest-ever celebration of the Day of Republika Srpska, which went ahead on Monday in defiance of a ban by Bosnia's Constitutional Court, to demand greater autonomy for the entity.
http://www.balkaninsight.com/en/article/bosnian-serbs-hold-national-day-despite-ban-01-09-2017

Prayer Points:
1)    The “Peace Maker” must be welcomed in every Balkan country. Only Jesus can bring permanent peace. Lord, let Your presence come to this region and bring true transformation.
2)    Pray that ethnic groups in the Balkans would learn the power of forgiveness. This must be supernatural, as hatred is such an intricate part of the Balkans.
3)   Psalm 103:12 As far as the east is from the west, So far has He removed our transgressions from us. This verse comforts us as Christians and it shows the depths of God’s love. Pray that all Christians in the Balkans would be able to accept God’s forgiveness so they can forgive others.
4)    Pray that Christians would be the example to their countrymen in showing the freedom of forgiveness.
5)    There are Balkan-wide Christian efforts that are displaying unity among ethnic groups. Pray for Brother’s Keepers and Daughters of the King. Two annual regional gatherings which have done much to bring healing in the past 10 years.
6)    The battle is not against men but against spiritual principalities in high places. 6)    Ephesians 6:12 For we do not wrestle against flesh and blood, but against principalities, against powers, against the rulers of the darkness of this age, against spiritual hosts of wickedness in the heavenly places. Let us stand in the gab against these spiritual host of wickedness that have been stirring up hatred in the Balkans for centuries.

Please leave a Comment or Reaction so we will know you Prayed.
Posted by ISTgroup at 6:52:00 AM