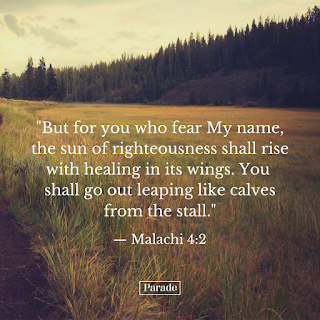 I am in the U.S. for some medical assessment of health problems I am having.

The major thing was that the neurology specialist said that my muscle loss looks like Lou Garett’s Disease (ALS). No cure, so that was bad news.

In Croatia there was a misdiagnosis that I had a pinched nerve and I would need surgery or therapy. When told we would need to wait a long time before surgery could even happen we decided to come to America for the procedures.

In regard to this bad news I have two remembrances from my heart being healed in 2014. First, I was misdiagnosis as having pneumonia back then but it ended up to be an enlarged heart. Second, the doctors said it would never heal. Once an enlarged heart it never heals. They told me I could live with that heart condition but would need to remain on medication. I remember the main downside was lack of strength. I had many conversations with the Lord about this but promised Him I would serve Him even in my lack of strength. I would do what I could do with the strength I had.

So, two things: misdiagnosis and an incurable heart condition.

We had just moved to Zagreb and knew God had sent us. So Zuzanna and I went about with our ministry duties with European Initiative, whom we were working with at the time. One of our duties was to meet with pastors in the city to enlist their aid in outreaches. God gave us great favor with the pastors, and we were even invited to their monthly pastor’s meeting. Of course, the subject always came up about my heart condition.

The final diagnosis on my heart was in February 2014. Because of the great favor God has given us, people all over the world was praying for me, even these pastors in Croatia.

Then in July of 2014, the Spirit-filled or Brongajci group of churches in Croatia met on a mountain in Lika for the purpose of praying for that area of Croatia. Lika is an area in lower/central Croatia that has no evangelical churches. So Zuzanna and I went. Now with my lack of strength I could not make it to the top of the mountain where the prayer was being held. So, I went back to the car and just prayed on my own.

I knew something really important was happening in the spirit because the most furious storm I have ever seen in Croatia came. They had to pack up the meeting and come off the mountain. It was as if the enemy was striking back with all the force he could display.

So, we went back home to Zagreb. Something started happening to me. My strength started returning. We were living on the 3rd floor of a building and I had trouble making it up the stairs. But now I could walk up the stairs without having to stop halfway to regain my energy. Before, when we would go walking in the city, I would have to find places to sit and regain strength, but now I could just keep walking. I told Zuzanna, I am healed and wanted to stop taking the medications. Of course, she said “no way.” In the first week of August I had an appointment with the heart doctor to see how I was doing. I told Zuzanna, “He will tell me I am healed”.

So, we went to the appointment and sure enough, the doctor freaked out. He could not believe it. In his broken English, he said. “We don’t see this here, but you have the heart of a normal man.” Zuzanna ask him again to repeat what he said. We knew God had done a miracle and the prayers of many had been answered.

Although this ALS sounds bad, I have a remembrance of the Lord’s healing power.

Psalm 103:2-3 Bless the Lord, O my soul, and forget not all his benefits, who forgives all your iniquity, who heals all your diseases,

I do want to thank you for your prayers. The work in the Balkans is not finished.

Email ThisBlogThis!Share to TwitterShare to FacebookShare to Pinterest
Labels: healing